The research seeks to increase knowledge and understanding of Europa's atmosphere. This will be accomplished by developing a three-dimensional atmospheric Monte-Carlo simulation where individual atoms, molecules and ions are generated and tracked from the surface to the torus. The models these simulations produce will be used to explain observations made by Cassini and other spacecraft. These observations will also be used to determine the accuaracy of the model. One of the practical applications of this work will be an engineering model for planning future missions.

In 1610 Galileo Galilei saw several points of light near Jupiter that were not acting like stars. He soon determined that these were four moons orbiting Jupiter, now known as the Galilean moons. Several centuries later, in 1957, water ice was discovered on Europa, the smallest of the four (Kuiper 1957). Since then much more has been found out. 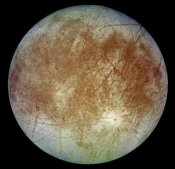 Europa
Now it is known that a thick ice shell covers the entire moon. A liquid ocean is suspected underneath that ice shell.

The tidal forces of Jupiter can warm the inside of the moons, cause ice to melt and form an ocean. Europa is the closest of the three to Jupiter. It is the most likely one to have a liquid ocean under the ice, because it is the closest to Jupiter. The existence of life in this ocean has been suggested. Even though it is the smallest of the Galilean moons, it is still larger than Pluto.

Jupiter's magnetosphere is the largest object in the solar system. Europa's orbit has it within a high radiation area. This radiation impacts the surface of Europa where is knocks water and oxygen off the surface. These form a thin atmosphere which can be detected by spacecraft near Jupiter and by the Hubble Space Telescope.

The research is focused on creating a computer model of the atmosphere of Europa. It tells us what the densities are of the different components in the atmosphere. The distribution and amount of radiation impacting the moon and its atmosphere were to be examined along with how they varied through Europa's orbit around Jupiter. I was also hoping to examine what happens due to events that can change the atmosphere such as coronal mass ejections injecting more particles into Jupiter's magnetosphere. Also the model will be adaptable to other moons, so it can be applied to Callisto and other moons.

The project is currently on hold due to lack of funding. 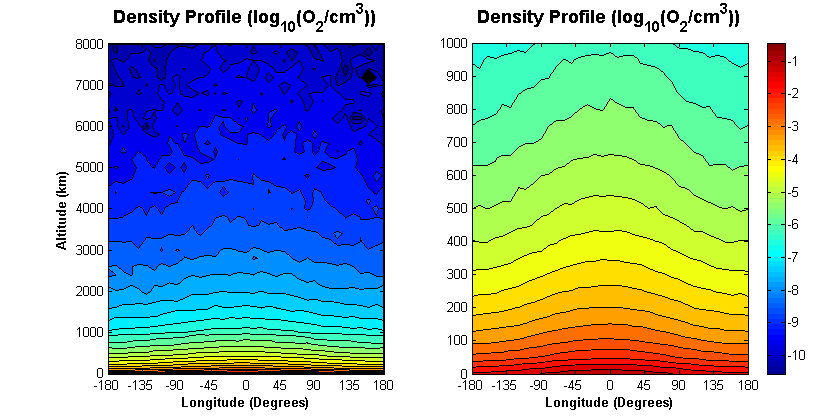 Sample Tracks of Some of the Particles in the Simulation 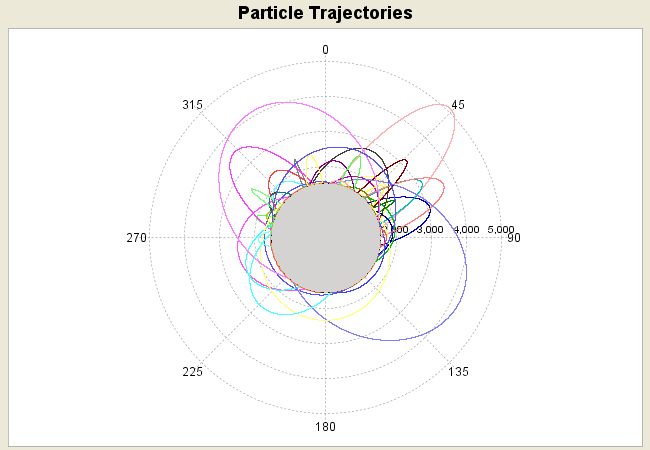 Pictures of Europa on Other Sites